Early is On Time – A Lesson from American Football

Sport is one of the greatest life teachers, and this is true especially in the team sport context. To succeed personally you must dedicate yourself to hard work and a disciplined lifestyle; to contribute to the success of the team you must be selfless and committed to the common goal. Hardships and challenges come at you repeatedly, and it is a test of your will to get up and press forward again and again.

I have been blessed to have played American football, a sport that I argue is the greatest team sport in the world. It is a physically demanding sport that requires the careful coordination of 11 athletes of varying sizes and abilities to achieve a common goal. That aspect alone can teach you many things about life, such as the importance of collaboration and teamwork.

I gained several life skills and lessons from my athletic career, and nearly all of them I have carried over to my career as a journalist, writer, and editor (unfortunately, I cannot utilise my tackling skills in the office, at least not without severe and likely legal repercussions). However, there is one outstanding lesson that I have taken from my experiences as a sportsman, and that is being early to everything.

Promptness can be defined as the quality of being ready and quick in decision and action. “Being ready” is the crucial part. Without readiness, you are unable to respond neither appropriately nor in a timely manner.

When we describe someone as being prompt, it usually means that they are consistently on time for work, appointments, or meetings. Yet my time playing American football and other team sports in the USA, the UK, Poland, and Malta has taught me that being prompt is not enough to succeed. Being early, however, is, and it has yielded to me great professional and personal benefits since I began my working career.

My first summer of varsity American football was an exciting and monumental time for me. I was a freshman—a rookie—with a real chance of landing a starting role on the varsity team. I was adapting quite well to the heightened physical and mental rigours of the game. My self-confidence was running high.

Morning trainings started at 9 am. One day, I arrived just minutes prior to 9 am, fully kitted and ready to roll. I was on time by the standards of most people, and especially by the standards of well-maintained timepieces. According to my head coach, however, I was not on time. I was late, and I was reprimanded for it.

Suffering the consequences (lots of running amidst a scolding that deflated the aforementioned self-confidence) of being “on time” quickly taught me to never be “on time” again. Instead, to be on time, according to my head coach, means to be early. Particularly, being on time was to be 15 minutes early.

I carried this mindset with me to university when I played Division I football for Idaho State University. Being “on time” for 5 am strength and fitness sessions meant being on site, dressed, stretched, warmed up, and ready at 4:45 am at the latest. Strolling in at 4:46 am was a no-no.

This lesson has stayed with me throughout my professional career. The benefits of being early to the office, to meetings, and, yes, even office parties are many.  The point of being early is to be mentally and physically prepared for the task at hand – it shows that you have taken the time at home to ready yourself for the day’s work, rather than leaving it all for the last moment. It is punctuality to the extreme.

Aside from the small positives to be had such as moments to unhurriedly prepare my workspace, to proactively check e-mails and the tasks ahead, and to coolly prepare my morning coffee, being on site prior to the official start of the workday grants me vigilance towards the unknown and the known challenges ahead. I found that I am far more fit to handle the unexpected at work because I have had the time to mentally settle into the work environment. Because I am neither rushing into the office nor distracted by colleagues or the bustle, I am mentally calm and astute towards the pressures and unexpectedness of day-to-day work.

Being early to meetings shows that you respect the time of your colleagues and for the subject matter of the meeting itself. Your manager or colleagues presumably put a lot of time and effort into their presentation or agenda. Even if you are merely a participant of the meeting, arriving early to it is a nod of respect towards the host. Plus, with you being there before the start of the meeting, you are in position to ask questions you otherwise may not feel comfortable asking or to help the host prepare the tech and other arrangements. These are major points towards your likeability. If you are the host of the meeting, being early for you means that the agenda of the meeting is tautly wound to the timeframe that is scheduled. Questions and discussions should not be left to stoppage time of the meeting – the meeting should be adjourned by the final minute. Running timely meetings is greatly appreciated by all in the office.

Being early – consistently – showcases your reliability and availability skills to management and peers. Practicing earliness means that your responsibilities are significant enough for you to do so, and that the colleagues with whom you work are worthy of your time and energy. You are sacrificing your own time and respecting the time of others.

Of course, circumstances that are out of your control may interfere with being early. Family or personal emergencies, absent or sluggish public transport, unusually dense traffic, and other unexpected events can impede you from arriving early. Yet because you are committed to being early, it means you are on the road or are preparing to head to the office earlier than most others, and thus you are allotted the time and opportunity to phone ahead and report your impending tardiness. As the notorious American polymath Benjamin Franklin said: “By failing to prepare, you are preparing to fail.” Anticipating anything that could make you late and knowing how to adapt to it is all part of being early.

Now, regarding office parties, if you can stomach the silent awkwardness that permeates a yet-to-start party, then being early to them can serve you positively as well. You can scout the lay of the land, chart where the beverages, food, and prime seating are located, and fully develop your exit strategy. Otherwise, if being the only guest present at the party for a significant amount of time is too much for you to bear, then being on time or, at the risk of undermining all that I have written, late for parties is just fine, too. Research suggests that arriving fashionably late is acceptable for most party hosts. Never be fashionably late to work. 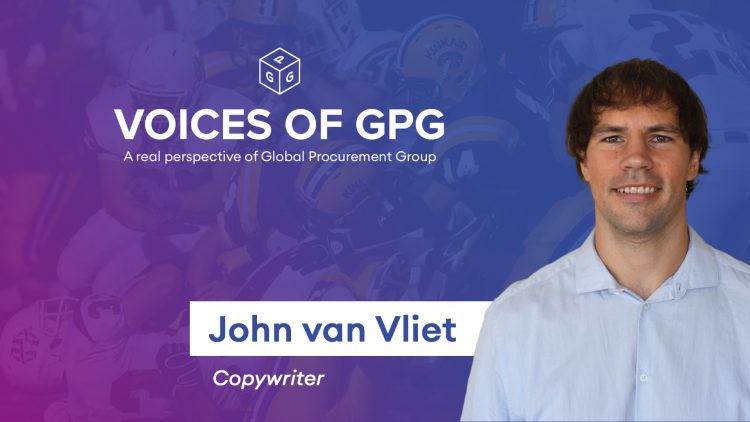 Before joining the company, John worked as a copywriter and documentation specialist for software companies in Poland and Malta, a sports media content creator for basketball clubs in the UK and the USA, and a reporter for regional newspapers in Idaho, USA. He has edited books on WWII history and psychology and over 20 social and political science academic articles.

Why Has The Market Been Rising?

UK energy prices are up due to increased carbon prices, a lack of supply from LNG imports, a prolonged winter, lack of wind in April,…

The Aggregation of Marginal Gains

In an increasingly competitive landscape, high-performing organisations in the sporting and corporate world are striving towards perfection. In this environment, opportunities to yield tangible improvements in…