Will it Make the Boat Go Faster?

In my recent article: “The Aggregation of Marginal Gains“, I explored the powerful concept of finding small opportunities to improve that, when combined, yield substantial results in an accessible and realistic approach to performance enhancement.

Now, as attractive as this concept can be, I will often see people become overwhelmed when attempting to implement high volumes of changes to their lifestyle and routine in a short period of time. One of the main risks associated to this approach is referred to as ‘burnout’, a common barrier to increased wellbeing and performance frequently experienced by those in competitive environments.

In addition to being a talented and accomplished performance coach, Jurgen was fiercely intelligent, and above all else, knew how to get the most out of his teams through a glittering career spanning decades in some of the most competitive environments in the world.

In this time, Jurgen coached many of the most decorated and successful Olympians in history, including the likes of: Sir Steve Redgrave, James Cracknell OBE and Sir Matthew Pinsent. In the years that have followed, many have analysed the approach used by the formidable German coach, with several interviews referencing his legendary mantra: “Will it make the boat go faster?”

This mantra underpinned the high performance culture that transformed the careers of those under Jurgen’s tutelage. The mantra was simple and powerful, wielding self-leadership qualities that transformed how choices were made in the pursuit of increased wellbeing and performance.

In interviews that followed this success, numerous instances were sighted by top professionals in which Jurgen would use this mantra to instil intrinsically motivated behaviours in those he engaged with. In an interview conducted with Sir Steve Redgrave, the world renowned rower explained that when he was introduced to the prospect of a marginal gain – in this case weightlifting – he resisted. Despite the evidence, he refused to accept change, notably exclaiming, “If I wanted to take up weightlifting, I’d have joined the Olympic weightlifting team!”

As with many others, in this instance, Jurgen wielded his powerful mantra and posed the question to Redgrave, “Will it make the boat go faster?”

This powerful approach simplified the process of navigating changes by identifying the key driving force behind what mattered most – going faster, winning races, achieving medals.

In the years that followed, Jurgen and his teams achieved unbridled success, notably winning medals in every Olympics consecutively from 1972 to 2016 – an accomplishment unlike any other in sporting and corporate domains.

In my current role, I will often refer back to this process of simplification in order to help navigate opportunities to improve both wellbeing and performance, encouraging people to create their own mantra driving them toward success.

What will your mantra be?

Before joining as Health and Wellbeing Lead, Sam worked in high-performance sport with professional athletes for over a decade. In that time, he has managed multidisciplinary teams in a range of disciplines geared towards finding opportunities to improve in some of the most competitive environments in the world – most recently working with Newcastle United.

In recent years, Sam has worked in private, public and voluntary sectors consulting on evidence-based health and wellbeing interventions designed to improve wellbeing and increase performance. This involved working with some of the biggest businesses in the region, including FTSE 100 companies.

Alongside this, Sam worked closely with the NHS, Public Health England and clinical commissioning groups to develop health outcomes of the wider population. This covered a range of interventions including key research, development of projects, commissioning new initiatives and direct delivery of NHS health checks across the region, including blood testing.

In his new role, he is responsible for designing and implementing a full health and wellbeing provision geared to give colleagues access to the best support possible, increasing wellbeing and performance to maximise potential. Alongside this, Sam brings his expertise from Health and Wellbeing into other areas of the business, lending his perspective from a strategic and leadership viewpoint. 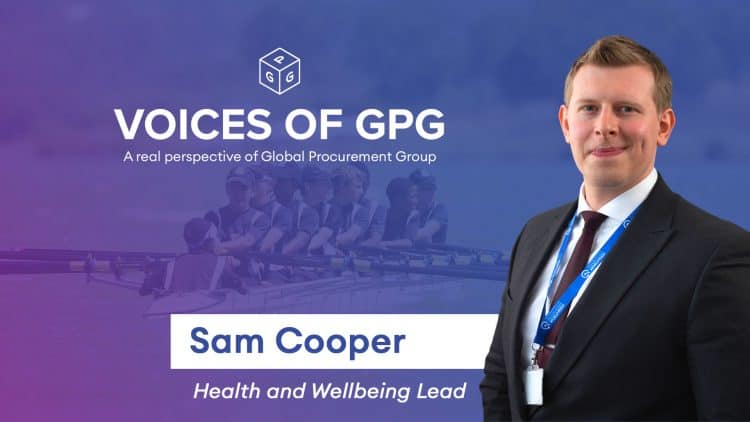 Power of the Pint

COVID-19 has been unkind to many industries, none more notable than the hospitality sector. Unfortunately, pubs and restaurants have remained closed for most of the…

In December 2020, the Competition and Markets Authority (CMA) launched a market study of the Electric Vehicle (EV) Charging Market to consider how competition is…